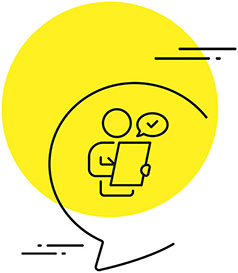 EYECARE PROVIDERS HAVE SEVERAL very good options when selecting an intraocular lens (IOL) for their patients. We asked some of our Editorial Board members which IOL they would choose for themselves, if they were ready for one, and the reasons for their choice. The responses show that there really are many good options, and they can be tailored for each patient’s needs.

MITCH IBACH, OD, said if he were having cataract surgery with a presbyopia-correcting IOL, he would choose the PanOptix (Alcon), a diffractive trifocal. He said, “My experience with this IOL has been so positive, with patients loving their distance, intermediate, and near vision with very few disruptions in their visual range. I have also seen a very low rate of disabling nighttime glare and halos, which is a nice improvement on some previous technologies.” He said patient satisfaction has been very high with this IOL.

DAMIEN GOLDBERG, MD, said he loves the PanOptix for patients who want full range vision, and he’s impressed with how well those patients do.

“I had gotten great vision results with previous generations of multifocal IOLs,” Dr. Goldberg said, “but not without some postop fine tuning with either dry eye therapy or with LASIK or photorefractive keratectomy enhancements. Like magic, PanOptix constantly hits the mark and satisfies the full range of vision my patients want most of the time. Some patients do describe halos at night, but the side effect profile is much smaller than before.”

Dr. Goldberg further explained that the new extended depth of focus (EDOF) and multifocal IOLs that have recently come to market are doing well. He said, “More and more frequently, my patients are getting 20/20 to 20/25 vision outcomes and raving about how much they love their results. And this translates into more referrals coming in than ever before.”

Dr. Goldberg’s patients with macular or corneal pathologies or with concerns about halos are directed to go with the Vivity IOL (Alcon). “Rarely do these patients have postop vision complaints,” he said, “as long as a good conversation has taken place with patients ahead of surgery on the limitations of the IOL. These patients develop great intermediate vision, but their near vision may be limited. In certain situations, I have offered patients mini-monovision with Vivity IOLs to cover more of their vision needs.”

He said he knows other surgeons who feel very strongly about using the Johnson and Johnson Tecnis platform presbyopia solutions. “They love using the Tecnis Synergy—part trifocal IOL and part EDOF,” he said, ”and they defer to the Tecnis Symfony when they need a good, strong EDOF IOL.”

NATE LIGHTHIZER, OD, said if he were choosing for himself, he would probably choose the Symfony because he would want to lean toward having the best distance vision, and pretty good near vision. “I want crisp distance vision for golfing, fishing, outdoor activities, etc.,” he said. “I want some near help as well, so I don’t always need readers, but I am OK occasionally needing some help at near.”

SAM GARG, MD, said if he were choosing a true presbyopia-correcting IOL, he would most likely also go for the Symfony. He has had very good experience using this lens in postmyopic LASIK patients with very high patient satisfaction and excellent visual outcomes. But for himself, he said, “I am postmyopic LASIK. Because of that, I would likely choose the Tecnis Eyhance lens, which is not technically a presbyopia-correcting lens, as I am not sure that I would want any significant dysphotopsia.”

MARJAN FARID, MD, said there is no one perfect presbyopia-correcting IOL for everyone and that the decision of the best choice is based on the patient’s lifestyle, hobbies, and ocular specifics. For herself, she would choose the Synergy IOL, based on her age, level of activity, and ocular health.

She said, “The Synergy IOL is on a Tecnis platform, which provides excellent contrast and quality of vision. Additionally, it combines EDOF and multifocal technology to give it a continuous range of vision across distance, intermediate, and near. This will provide me with a full range of quality vision without requiring spectacles. It does, however, give night halos around lights, but I am OK with this compromise given the benefits.”

VIN DANG, OD, would utilize the advantages of both the Symfony and the Synergy for his own use. “If I were to choose right now,” he said, “I would go with a Symfony EDOF lens in my dominant eye and a Synergy EDOF lens in my nondominant eye. The reason I would choose a Symfony lens is because it simulates the best natural full range of vision from infinity to about arm’s length.”

He emphasized that patient screening is very important when selecting an IOL and said his group uses a lifestyle questionnaire to determine which types of patients will do well with which IOL.

JENNIFER LOH, MD, would want to have an EDOF IOL. She said, “In the current market, I would choose the Vivity IOL, as it has shown good range of vision in my patients without the issue of halos or spiderwebs. Alternatively, although it is not technically a presbyopia-correcting IOL, I would also highly consider the Light Adjustable Lens (RxSight) since it has such superior optics.”

TRACY SWARTZ, OD, would also choose Vivity for herself. “I have had LASIK, and hate reading glasses,” she said. “I love Vuity, but its effect is short lived for me. I do not have experience with the Synergy, so at this point, I would probably go with Vivity because of the lower risk of night vision disturbance, and no cutting of the light.” ■